Nearly 17 years after the release of Break Like the Wind, Spinal Tap is set to release a new album entitled Back From The Dead on June 16. The first

The WTF Moment Of The Afternoon

Wilco unveils the album art for Wilco (The Album)… We’re counting the minutes until this disc comes out on June 30.

For some families Mother’s Day isn’t a big deal, but in my family it’s the most important holiday of the year. That’s because my mother rocks and she spends the

Friday for the Foodies: E Dehillerin in Paris

Well my friends, I am leaving today to head to Paris, France for a much deserved and long overdue vacation. It is a foodie trip all the way. I am meeting up with some old friends and generally just checking out all of the cool foodie stuff to see, taste and explore in Paris. When I knew I was definitely taking this trip, I emailed a few chefs I know and said “I am heading to Paris for the first time since I lived there 17 years ago, where do all of the chefs go nowadays when they visit Paris?” One of the places that came up repeatedly in replies from my chef friends was E Dehillerin.

What I was told is that this place is the real deal! Not some fancy shmancy cookware store. E Dehillerin has been serving chefs from France and around the world since 1820. READ ON for this week’s links…

With Phish’s summer tour opener at Fenway Park in Boston officially less than one calendar month – and four dreadfully long work weeks – away, you know what that means; it’s time to play soothsayer. We all knew it was only a matter of time before the popular rock band made the step up a level to the big stadium shows, but to rock out at one of the greatest and last remaining historic ballparks in the country is, shall we say, fairly exciting.

To attend even a baseball game at Fenway leaves lasting memories and conjures up all sorts of good feelings about the good old days, playing little league, collecting baseball cards and dreaming of the making the bigs. Hence, for Phish to tackle the monumental home of the Green Monster all but guarantees an epic, one-for-the-ages nights. Hence, let’s take a little look at some possible tunes that might fit the big event.

Why – While the story of Harry Hood as we Phish fans know it began in Vermont, the actually Hood Milk Company is headquartered in Boston. More importantly, the Hood blimp floats regularly above Fenway Park during Red Sox games, so keep your eyes peeled for the blimp and a legendary Harry Hood to accompany its flight. Plus, I hate to say anything negative about Hampton, but Trey did butcher the living shit out of the dark build up part right before “Thank you Mr. Miner.” It’s redemption time.

When – This could pop up anywhere, but the smart money is probably on the second set closer.

Likelihood – Harry Hood is a lock.

READ ON for more of Ryan’s Phish @ Fenway predictions…

Every Festival Schedule Comes Out at Once

Yesterday seemed to be Schedule Announcement Day as the schedules for the All Good, Wakarusa and Bonnaroo festivals were all released. Let’s start by pointing you in the direction of

Review: With The Needle That Sings In Her Heart @ Lexington High School Auditorium

Explaining the premise of this production is a chore when the person you’re speaking to is not as music-crazy as some of us. The conversation starts like this, “So it’s a production partially directed by Amanda Palmer, she was in the Dresden Dolls, and it’s got a lot of music from In the Aeroplane Over the Sea,

that’s an album by this band Neutral Milk Hotel, they’re like Indie Gods, and it’s all based on Anne Frank and the Holocaust”, and all you receive is a vacant stare and you get told that you are crazy for going out to see a high school production on a Thursday night.

But for us crazies, this premise sounded extremely interesting and just had to be seen. This intriguing combination received a lot of both indie and local attention. I am glad to report that this production exceeded all my expectations. The two-hour-one-act performance begins with what Palmer’s website describes as the “Pre-show’ which was essentially 15 minutes of a bizarre vaudeville scene with a healthy dose of berating the audience.

And then the real show began, and it was real dark (they say not to bring children under 12, I’d say that’s fair). The play was written by the cast, Palmer called it a an “ensemble piece” at the conclusion of the night. The dialogue all came out of what I gather were improvisation sessions lead by Lexington High School drama teacher Steven Bogart. READ ON for more…

In what we’re hoping is a sign that Fuse plans to show some of Phish’s upcoming Bonnaroo performances as part of their coverage of the festival, the cable music network

Continuing the tradition of onstage collaborations; Camp Bisco VIII, the eighth annual three-day music and arts festival in Mariaville, New York this July 16-18, 2009 will play host to one of it’s 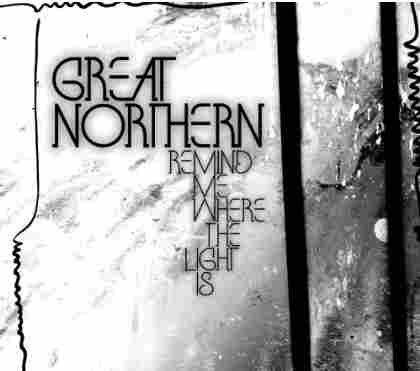 The Shotgun is a monthly column of shotgun CD reviews by Glide contributor Eric Saeger.