The dreary rain that swept across NYC on Monday seemed the perfect precursor to the first of She & Him’s two sold out gigs at the cozy Bowery Ballroom. While their music isn’t necessarily reflective of a rainy day, their mellow mood approach is the perfect elixir after sloshing around in puddles.

It was also especially appropriate for me since the last time I saw She & Him was at the 2008 Newport Folk Festival after a torrential downpour.

The duo, comprised of actress Zooey Deschanel and singer/songwriter/Monster of Folk M Ward, recently released their second retro-pop offering, Volume Two, two years after Volume One arrived on the scene and established them as one of the music scene’s most unique acts.

Accompanied by four other solid musicians, including a pair of talented singers crushing the backing vocals in the best possible all way all night, Ward and Deschanel put on an almost mystical performance in front of a packed house at Bowery from the openings notes of Riding in My Car to the final notes of Sweet Darlin’. READ ON for more from Luke on She & Him…

With the 2010 baseball season upon us, we wanted to continue a Hidden Track tradition started in 2007 where we chat with of our favorite musicians about their love for America’s past time. For the first part of this year’s Baseball Preview, we asked them for predictions on the upcoming season, while the second part of our questionnaire got a bit more personal.

Batting second in the 2010 Hidden Track Baseball Preview line up is The Low Anthem’s bass player – and baseball historian, having taught the subject for High Schoolers – Jeff Prystowsky. We spoke with Jeff about his beloved Cardinals, his thoughts on the upcoming season, his favorite ballpark and many other subjects. Check it out…

Hidden Track: What team do you think will win the World Series and what team will they beat in that final series?

Jeff Prystowsky: St Louis Cardinals vs. New York Yankees, with the Cards winning it all.

HT: Which pitchers do you think will win the AL and NL Cy Young awards?

HT: Which players do you think will win the AL and NL MVP awards?

The emails are starting to flow out from Music Today letting Phish fans know whether they’ve scored tickets to this summer’s shows through the presale lottery. How did you do?

While you might not think of the middle of March as “Festival Season”, we’ve got audio from two separate festivals this week in our audio & video recap of what’s been going on recently. Jam In The Dam returned to The Melkweg in Amsterdam after taking a year off in 2009, while moe. had their first festival of the year up in Rutland, VT for the appropriately titled snoe.down.

[Thanks to OtherOneK for this week’s photo]

We also check in with Widespread Panic as they played their first live shows of the year and we listen in on some of the acoustic mini-sets that Wilco has been throwing into the three-hour shows they’ve been playing. We lead off with a gorgeous Neil Young cover and also have some audio and video from Orchestra Morphine’s most recent gig.

And we continue to take all the selected tracks, normalize them, create some simple fades and put it into one easy to download MP3 for you. Click here to download Last Week’s Sauce Podcast #4

As Neil Young says on 4 Way Street, this next song is guaranteed to bring you right down. It’s called Don’t Let It Bring You Down. The Cowboy Junkies perform a fantastic rendition of it. Cowboy Junkies next play April 15th in Buffalo NY.

Video from a very intimate gig in Davenport. Read more about it here:

In an effort to focus our attention on something besides Phish for a change, we’ve decided at HT headquarters to (hopefully) drum up some good chatter about the final season of the greatest television show in the history of the idiot box. Check in on Wednesday of every week during Season 6 to share your thoughts, theories, complaints and assessments of the previous night’s episode. Big time SPOILER alert for anyone didn‘t watch yet.

Synopsis: As always, we teamed up with the Joker from Coventry for this week’s setlist and recap. Side note: Joker ran a reprint of his epic LOST/Phish Tees if anyone missed out the first time around. Check ’em out.

There really is nothing quite like a destination music festival. Why stay in a tent when you can stay in a hotel room? Why be a gross, dirty hippie when you can shower daily? Why stay in a hot field when you can explore a resort or world-class city during the day? Whether you are on a cruise ship, a tropical island, or in one of Europe’s most amazing cities, one thing is certain; events such as these sit in a class of their own. A true fan of live music and traveling owes it to themselves to try and attend a destination music festival at some point in their life.

Events like this one are truly unique for so many ways, but what immediately stands out is the size. There are few opportunities to see bands with such sizable fan bases in such intimate settings for three nights in a row. It is made all the better by the fact that you are raging with the same people for the entire duration. You meet some people on the first night, and by the end you are saying goodbye to dozens of new friends and future tour buddies. There is no experience like a destination music festival, and no live music event quite like Jam in the Dam. Where else can a wookie make a steamroller out of his cardboard poster tube, and walk back and forth from stage to stage begging the bands to smoke it, and in some cases jumping on the stage to instruct?

The festival hit the ground running with an improv-heavy set from Umphrey’s McGee. Umphrey’s is the only band that really brought a significantly sized group of their fan base overseas, so it made sense to have them get things going. Their set was highlighted by a Ringo > White Man’s Moccasins > Ringo Segment that really allowed bassist Ryan Stasik to shine as he took the lead with some incredibly technical slapping. As the crowd filled into the Melkweg and the night got into full swing, the band finished things off with a perfectly placed and executed 40’s theme. The stage was set for a great evening, and the energy continued through Les Claypool’s set right up until he left the stage for a 20+ minute bathroom break drum-solo.

Just when we thought that the Take-Away Shows couldn’t get any better, the gorgeously-shot video site managed to post a brand new episode this week featuring none other than Wilco.

At some point during its five year run, The Wire evolved from a lowly rated & unwanted show about the City of Baltimore, to arguably one of the greatest shows 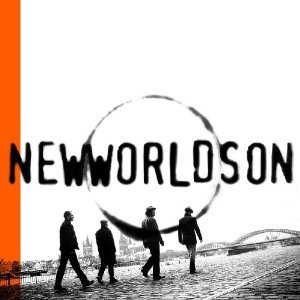 Newworldson’s self-titled release showcases their live jam-inspired sound with some new influences that will impress even the casual music listener with their genuine uplifting message.