This morning we linked to the New York Times article about the Last Stand of Tonic, the minimalist Lower East Side performance space with the some of the best acoustics

It may sound like the first line of the critically acclaimed Full House theme song, but What Happened to Television? is actually the new album from the back-in-full-force Greyboy Allstars, and it debuts

Our friend Danfun wants to school you on some cool shit…I’d let him.

You’ll usually catch nothing but blank stares if you mention Roky Erickson‘s name. But the Texan’s story, his music and his behavior are the stuff that legends, and they’ve transformed him into a rock ‘n roll cult icon with an outlaw persona.

So I wasn’t going to miss the chance to see Roky’s first ever New York City appearance, and especially not one on a Friday the 13th. I wasn’t sure what to expect from Roky’s show, since I had heard rumors that he still suffered from mental health issues (read on for more about that).

But the concert delivered way more than I ever could have expected. Roky and his band, The Explosives, just flat-out destroyed Southpaw. The band was tight, Roky’s vocals were awesome and the crowd loved every minute…

HT Contributor Eliot Glazer has tremendously terrible taste in music. But he’s an adroit wordsmith, and he’s gonna try to convince us that the bad is really good.

Even if you’re rooting for Sanjaya Malakar to throw the media mammoth that is American Idol, not everyone involved with the gargantuan show should be equally condemned. Sure, Idol has become an honest-to-god factory in mainstream music, churning out vocalists like Britney Spears does fully developed fetuses.

But aside from salvaging what is left of an industry that possesses a shriveling set of balls resting lightly below the digital-downloading guillotine, there have been a couple of considerable Idol offspring in its seven seasons. Kelly Clarkson’s Since U Been Gone is a certifiable pop classic, Jennifer Hudson gave life to an otherwise mediocre movie, and the adorable Jordin Sparks is poised to be both a tween sensation and perhaps this season’s sleeper.

Make no mistake, the judges’ favorite winner throughout the show’s history is Fantasia Barrino, a powerhouse saaanger whose emotional aptitude and tragic backstory (“Illiterate single mom chases dreams, ends on ‘high note!'”) have earned her adoring fans and critics alike. No, her music isn’t particularly stellar, but her most recent self-titled sophomore attempt was well-received for its march into a less-tread territory in the field of contemporary R&B.

Summer tour dates are flooding the Hidden Track Headquarters at a furious pace. Blues Traveler started adding dates after a long layoff. Squeeze returns to the road following a longer layoff, touring the first time in nine years for a string of 11 U.S. dates. George Clinton and P-Funk will play a number of festivals this summer, including a spot at Gathering of the Vibes. And, finally, the Drive-By Truckers aren’t letting Jason Isbell’s departure stop them from adding more shows. But there’s plenty of other linkage to peruse, so let’s do it to it:

And make sure to read on after the jump for a sampling of setlists from this weekend, including the Wanee Festival down in Florida…

I’m Looking Through You: an internet comic strip

After years of watching promoters emulate Woodstock, Artie Kornfeld – one of the creators of the legendary festival – is ready to give it his own modern return. Kornfeld and

Omaha-based neo-wave, synth punk quintet The Faint have announced dates for an early summer tour of the U.S. and Canadian clubs and theatres. The tour kicks off May 21 at

Ex-Beta Band members John Maclean and Robin Jones will release their first album as the Aliens, "Astronomy for Dogs," June 19 via Astralwerks. Maclean and Jones teamed up with their 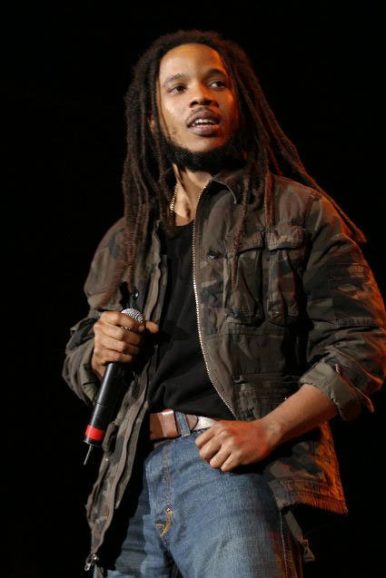 Looking at Stephen Marley you can see the resemblance to his father, Bob Marley. Hearing his music just confirms the power of genetics. Five time Grammy winning producer, singer and songwriter and the second son of the reggae master, is now stepping to the forefront for the first time in his 27 year career. His debut album, Mind Control combines the raw roots reggae of his childhood in Kingston with the rock, R&B and hip-hop influences of his formative years.