GSW guitarists Lo Faber & Aaron Maxwell teamed up to play a few songs at Mexicali this past Saturday night and our friend Michael Weiss was in attendance. He shot

Crusade to Save Rock: A Rocker’s Lament

Let’s face it, rock ‘n roll is finishing a distant 6th in the race for popular music. The popularity of pop, country, new R&B, Hip-Hop and Punk has elbowed rock music back to the middle of the pack, alongside of late ’60’s Brazilian jazz and western Pensylvanian polka.

As a true blue, dyed in the wool rocker, I naturally lean towards the classic blues influenced rock music. My emotions are stirred easily by the raw power of Stevie Ray’s strat, the time tested despair of Gregg Allman’s vocals, the meaty phatness of Billy Preston’s keys. So what in the heck happened to our beloved rock ‘n roll?

I submit that there were a few contributing factors to this “rock ‘n roll recession.” First and foremost, DUI laws have absolutely pounded the live music scene. Rock is far and away the most prevalent genre played in the bar circuit. Over the course of a rock show, we can feel harmony, be fraught with emotion, become agitated, experience elation and then usually, in the end, be brought down emotionally by the artist to a servicable state of mind. It’s tough to get that type of remedial treatment from a psychotherapist, trust me I know. This soul food is a lot like Lobster; it’s available, but you can’t have it as much as you deserve… primarily because no one wants to have their buzz killed by some badge wearing mustachio who’s sniffing your breath while you’re handing him your license and registration.

READ ON for the rest of Charlie Wheeler’s lament…

Last Week’s Sauce is a recurring column featuring recordings of shows that took place the previous week. Thanks to ScottT for this week’s photo.

The Decemberists are out on tour and playing their new album Hazards Of Love in its entirety. This track is, of course, off of that album. They are in the middle of a tour and they play tonight in Kansas City.

Pullin’ ‘Tubes: Beasties Got What You Want

If you’re name happens be Ad-Rock, MCA or Mike D – 2009 is shaping up to be quite the year. The trio otherwise known as the Beastie Boys have already

A few weeks back we told you about Steely Dan’s upcoming Rent Party tour, which will include multi-night stands of special setlist shows in New York, Boston, Los Angeles, and Chicago but we didn’t have the actual tour dates… until now. For each multi-night run, Steely Dan will play Aja in its entirety along with a number of other Dan classics at the first show, Gaucho plus more at the second show, The Royal Scam plus more at the third show while the setlist of the final show will be selected by the fans via the interwebs.

The Boston run will only be three shows, so they won’t cover The Royal Scam at the Wang Theatre. Tickets for most of the shows go onsale May 30 via a special AmEx pre-order with the general onsales following on June 6. Multi-night ticket packs will be available as well. VIP packages will be available through iloveallaccess.com. Madison Square Garden Entertainment (MSGE) is hosting the residencies in New York, Boston, and Chicago, so watch for special footage and interviews coming soon to the MSG Network.

From Noon on Monday June 1 until Monday June 8 at 3AM Sirius/XM’s Jam_ON channel will turn into Dave Matthews Band Radio. To celebrate the release of DMB’s new album,

Tortoise, have announced a round of summer dates hitting several major American cities and a few festivals far and wide. "Beacons of Ancestorship" is the band’s first record in over 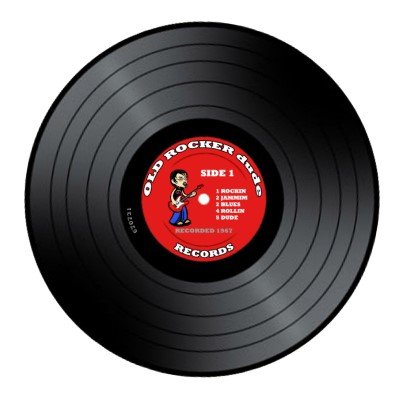 An Introduction To Grading – Part 2

In my last column I discussed the difference between a seller who describes the condition of a record versus one who actually grades the record as well as what questions to ask and what to expect with the former.  This time, I'll discuss the seller who is at least sophisticated enough to attempt to grade as well as the catches involved in dealing with the less-than-concrete world of record grading. 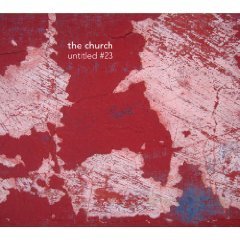 Any musician with a well-defined style must also be the consummate recording artist to prevent with each successive recording from sounding like mere repetition of it predecessor. The Church are artists of just that caliber and their latest album, untitled #23, bears evidence to those high standards.