Earlier today we launched the Hidden Track Facebook Page on the social networking site as a way to connect with our readers. We plan to post links to noteworthy articles

A couple of weeks ago, Dave, Jeff, Scotty and I attempted to tackle the collaborative project of creating our defining list of favorite jam band studio tracks. Ultimately, we came

Just a reminder to our Furthur-lovin’ readers that tickets for the group’s Nokia Theatre doubleheader go on sale today at Noon. You can purchase tickets to the July 28th show,

By the time you read this posting, we will more than halfway through the last day in April, paving the way for the month of May which means there are a lot of holidays you should be planning for.

First up is Cinco de Mayo Wednesday May 5th

According to the website Mexonline, this is the history of Cinco de Mayo:

The holiday of Cinco De Mayo, The 5th Of May, commemorates the victory of the Mexican militia over the French army at The Battle Of Puebla in 1862. It is primarily a regional holiday celebrated in the Mexican state capital city of Puebla and throughout the state of Puebla, with some limited recognition in other parts of Mexico, and especially in U.S. cities with a significant Mexican population. It is not, as many people think, Mexico’s Independence Day, which is actually September 16.

Since Cinco de Mayo usually involves drinking and tequila, you definitely want to get some food in you at some point during that day. Metromix did a great piece recently called Cheat Sheet: Takeout Taquerias. Their opening line for the article reads: Before you lick, suck and swallow this Cinco de Mayo, load up at one of these killer taquerias.

With the second weekend of the New Orlean’s Jazz & Heritage Festival upon us, it seems appropriate that we turn to the NOLA funk institution Galactic who have dropped their

Tonight, the Hold Steady will make their first appearance on The Late Show with David Letterman since guitarist Steve Selvidge and keyboard player Dan Neustadt joined the band. We’ll see 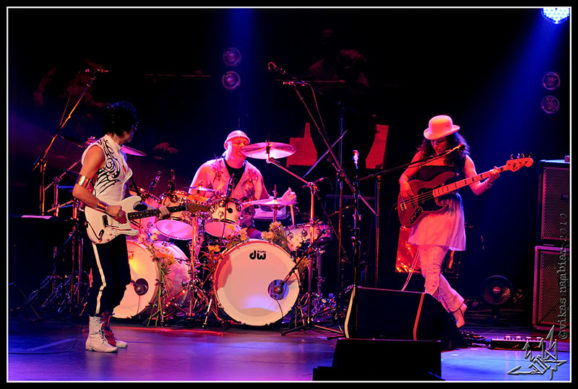 Seventeen years ago today, Phish played a show at Le Spectrum in Montreal not too far from their hometown of Burlington which I feel is among the best in the band’s history. From the numerous teases to the fun banter to wild bouts of improv to the bust outs, the quartet put it all together on this evening for a performance that deserves more recognition from the fanbase. What makes this particular gig so good? Glad you asked, because this week’s B List lists ten reasons you must download this show. Here we go…

On April 21, 1993 – six shows prior – Phish finally became comfortable with the Split Open and Melt jam, settling in on a sublime groove that was later tacked onto the end of the Demand on Hoist. Thus, the Golden Age for Splits was started and continued for a few years including the bombastic version that opens this show. READ ON for nine more reasons…

Welcome to back to Strange Brew our monthly column dedicated to – as you probably have already guessed – beer. Each month, we’ll take a close look at a new or notable brew, or just one we think you should be drinking, all without too much beer geekiness.

For this month’s Strange Brew, we head off of the continental United State to our 50th state to feature a trio of beers from the Maui Brewing Company. The eco-friendly brewery was founded only a few short years ago in 2005 by Garrett Marrero, and unlike the majority of commercially available beers they have been exclusively canning their award-winning offerings since ’07.

Maui Brewing Co.’s commitment to greening extends beyond just canning – which make their products easily recyclable – they also make their own bio-diesel fuel from recycled vegetable oil from their brewpub which the company’s delivery trucks run on, donate their spent grain to local farmers for feed and compost and will soon will be running their facilities on solar power.

Why You Should Drink Them: Don’t let the fact that these beers come in cans fool you. Over the last few years the trend of craft breweries canning their products has been on the rise – it’s cheaper than bottling, and contrary to popular rumors aluminum cans don’t give your beer a metallic aftertaste. While I can fully endorse all three of their beers the star of the show is their CoCoNut Porter, which I can assure you tastes like no other beer you’ve had before. READ ON for more of this month’s Strange Brew…