Last month we brought you the story of “Hot” Carl Mumpower, an Asheville, North Carolina city councilman who wants to eradicate drug usage in his fair city. Hot Carl attended a

He Came to Kick Some Ass & Drink Some Beer

We don’t know all that much about Chris Cornell, other than the fact that he looks kinda like that Dominant Male Monkey Motherfucker Clint character from Dazed & Confused. But while we were rockin’ out at Rodrigo Y Gabriela on Monday night, our friend Jon Hochstat was partyin’ like it’s 1992. Here’s his take:

Some of us count ourselves among the large fan base surrounding the entire grunge scene in Seattle back in the early 1990s. But many of us have not had the chance in a long time to hear in a live setting the Soundgarden and Temple of the Dog song catalogs we knew well…until Monday night.

On the fifth stop of his short pre-album release tour, Chris Cornell and his band strolled out onto the stage at the Venue Formally Known as Irving Plaza around 9:20. And from the second Chris & Co. hit the stage, it was obvious the Manhattan crowd planned to show Cornell that the true center of the concert universe is 2,900 miles from his home. Read on for more from this under-reported show…

This week’s Grousing The Aisles is all over the place. We start out by digging deep for some rare soundboards from Frank Zappa and Blind Faith before checking out an epic Leftover Salmon show in honor of its upcoming reunion. Finally, we’ll end with a set from the terrifically wacky Give Us The Money Lebowski.

Frank Zappa’s estate has done a superb job keeping the literal tons of soundboard tapes from his career out of bootleggers’ hands. In fact, there aren’t many great Zappa recordings that circulate that weren’t released directly by him or his estate. One of the better sounding shows that circulates, though, is this amazing concert from Berlin during FZ’s 1978 European tour. That ’78 tour featured an incredible lineup of Zappa, Adrian Belew, Tommy Mars, Peter Wolf, Terry Bozzio, Ed Mann and Patrick O’Hearn.

The show starts off with a crazed Dancin’ Fool, followed by a spot-on Peaches En Regalia. The band proceeds to tear through Zappa’s greatest hits, playing incredible versions of every song they played. Frank also kept it light with some funny banter throughout the show, although I wonder how much the German audience understood. My favorite part of this show is the closing combo of Camarillo Brillo and Muffin Man. Those two songs feature what I love best about FZ’s music: face-melting solos and absurd lyrics. Be sure to download this show while you can, before Gail Zappa finds a way to charge you for it.

Read on for more from Blind Faith, Leftover Salmon and GUTML…

Ween has added a bunch of June tour dates to their schedule — the dates start in Hartford on June 8th and run until the band’s appearance at Bonnaroo. I

David Murphy of Sound Tribe Sector Nine will be joining livetronica pioneers the New Deal at the Festival. Witness the sonic collaboration as they metamorphisize into the JOIN, a musical

Wes Borland, former lead guitarist for Limp Bizkit, who sold over 30 million records worldwide, has stepped in front of the mic, and is gearing up to unveil his new 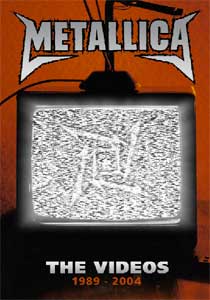 Metallica has never taken itself lightly. From pure metal (Kill ‘Em All) to pure meltdown (Some Kind of Monster), a strand of crippling tension has always held the quintet together.

Genesis has added four more dates to the "Turn It On Again" tour, which will see the band make its first North American trek in 15 years.The new shows are

B.B. King, Al Green, and Etta James will share a stage for the first time during this summer’s B.B. King Blues Festival tour. The outing will hit 16 US cities,

A suspect has been named in the murder of Jam Master Jay, who was gunned down at his New York recording studio in 2002.  Prosecutors have identified Ronald "Tenad" Washington