Welcome to another installment of A Memory of Music. Each month, we bring you the images of talented photographers across the land as selected by HT photo editor Jeremy Gordon. So join us for a trip down memory lane and remember to click on the photos for full resolution images…

While many in the Northeast were hit by record snow falls, some headed out of town and on to Jam Cruise or Mayan Holidaze. With sets on the beach by the Disco Biscuits, Umphrey’s McGee, STS9 and more, fans at Holidaze left the cold weather behind and enjoyed themselves in the sun – when they weren’t watching the Big Game on TV.

For those that stayed in town, many took their talents – and wallets – to Roger Daltrey’s Rock ‘n Roll Fantasy Camp.  After rehearsals and masterclasses with Simon Kirke of Bad Company and producer Phil Ramone, the final show at BB Kings in Times Square included a variety of campers and artists playing on such classics as Born To Run and Stand By Me.

Back in 2008, the Fleet Foxes helped usher in the “Beard Rock” movement with a pair of releases via venerable indie label Sub Pop, namely the five-song EP Sun Giant

LP. After a long three-year wait the Seattle-based band will release their sophomore effort, Helplessness Blues,

on May 8. Today, the group has given fans a taste of what’s to come by offering up the record’s title track as a free download, which you can also listen to in the widget below…

In other Fleet Foxes news, the pastoral folk-rock act has quietly announced dates for an early Spring tour in support of the record, which kicks off on April 30 at the Vogue Theatre in Vancouver, BC and includes a high profile stop at the United Palace Theatre on May 18 in NYC. The band will be offering a limited amount of pre-sale tickets via their website tomorrow (February 1) starting a 9 AM PST, which also includes the ability to bundle your ticket purchase with a copy of the new album.

READ ON for a full list of tour dates…

Stormy Mondays: Heat Up Your Winter

This week’s Stormy Mondays is a little something to get the blood going in these cold winter weeks: good old fashion guitar rock, starting out with Widespread Panic covering Travelin’

Denver doesn’t get much of the good, large scale, live hip-hop.  Out in these here mountains, the more likely acts are the bluegrass, the jam and the indie rockers making a quick mid-country stop on their way to one of the distant coastlines. So when the calendar showed a single weekend that would feature Big Boi on Friday and Raekwon on Saturday, the kids jumped. The Ogden Theater was the site of Friday’s main event and outside the venue, on Colfax Avenue, a diverse crowd of mostly white people were milling around – hipsters, hippies and snowboarders – trying to scrounge some extra tickets. But this was a hot item, and not many were to be found.

[All photos by Matthew Speck]

At 9PM sharp, the evening got a jumpstart from the Denver-local group The Foodchain. Surprisingly for an opening act, the octet managed to hold some of the crowd’s attention as they tore through beats and got the audience participating in a bit of old-fashioned call and response. Playing middle-child for the evening were Eligh and Scarub of the Living Legends, whose 45-minute set showcased not only two ultimately humble performers, but also some serious talent.  Likely, few in attendance were familiar with Living Legends, but that didn’t seem to matter: just about everyone was enthralled.

A quick break in the entertainment was provided by some white dude in red pants who screamed too loudly into a microphone and threw free, useless swag at the crowd as he all-but-subtly promoted the sponsors of the evening. I am currently enjoying four coozies, two bottle openers, a t-shirt, a golf towel and a pair of pretty solid plastic sunglasses as I write this. At this point, my pockets weighed down by all these amazing Spyder products that I’m sure will last me for years to come, I was ready for the main event. But, I was surprisingly not restless, thanks to the booze provided by Tommyknocker Brewery. With Cutmaster Swiff on the turntables, accompanied by fellow MC Blackowned C Bone, Big Boi gave us some musical gifts to go along with the physical ones bestowed upon us by companies like Icelantic and Optic Nerve.

READ ON for more from Big Boi in Denver…

While Ween’s latest tour couldn’t have gotten off to a worse start than the Vancouver shit show, Aaron “Gene Ween” Freeman and his mates pulled it together to end the

While we were smitten by the sounds of Mumford & Sons in 2010, we somehow let the music of their kindred compatriot Laura Marling elude us. Last year, Marling released

Can you believe it has been 20 years since Naughty by Nature’s self-titled platinum album, and the hit single O.P.P., took the world annoyingly by storm? Well, it’s been 19.5 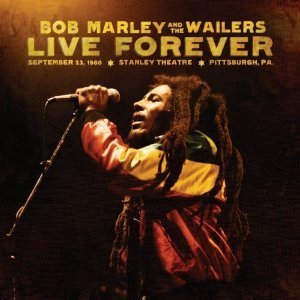 Live Forever is the 40th posthumous Bob Marley-related release.  Fortunately, it’s one of the better efforts, thanks to generally pristine audio quality and the significance of the show itself – Marley’s final concert, in which nearly all his utterances seem imbued with a prophetic quality. 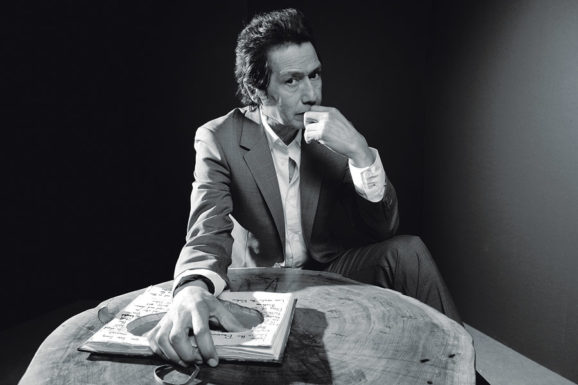 As long-time fans know, Escovedo, however, is not a one-trick pony.  Like kindred spirit, Neil Young, he can tone down the bombastic tempest and enrapture the audience with his brilliant songwriting and storytelling.  Back catalog classics like “Five Hearts Breaking” and “Rosalie” slowed the pace and brought a reverent hush over the crowd.  And as the name would suggest, “The Sensitive Boys” can follow suit, adding subtle accompaniment and elegant grace that match the introspection of Escovedo’s words and images.  The arrangements at this show stood on their own and came to life just as they do when Escovedo tours with his “Orchestra” and plays a more intimate setlist.

On May 3rd Fleet Foxes will release Helplessness Blues (Sub Pop/Bella Union), the much-anticipated follow up to their 2008 self-titled debut. The release of the twelve-track album will coincide with